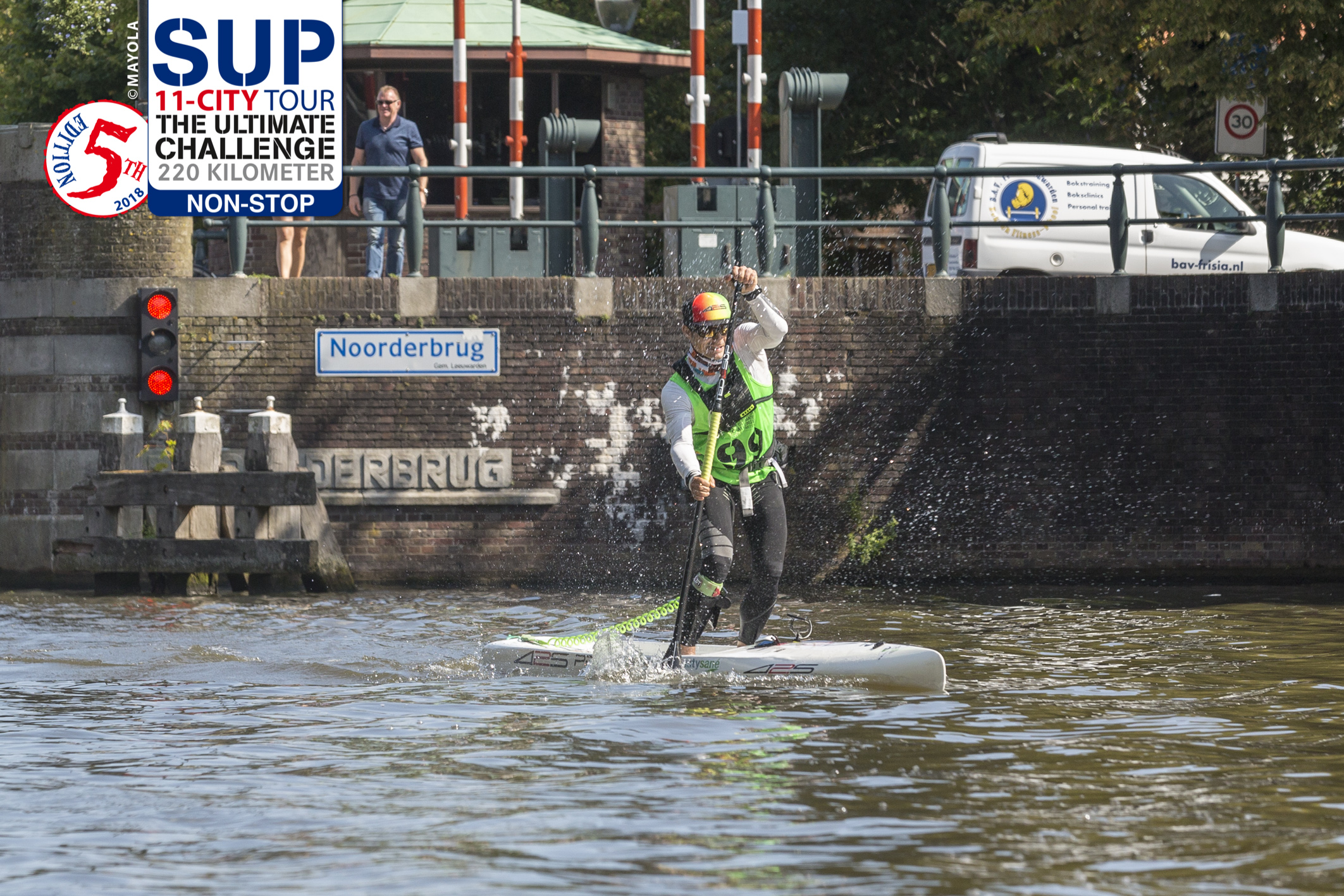 SUP11 City Tour NON-stop event started on 1 SUPtember in perfect conditions. Saturday started early for some of our paddlers (prone paddlers 6am followed by 3 SUP categories 9am, 10.30am and 12pm). The 200km route is a NON-stop paddle, which means all paddlers (prone or SUP) paddled through sunset and late into the night, the early hours of the morning and just kept going without stopping or sleep. 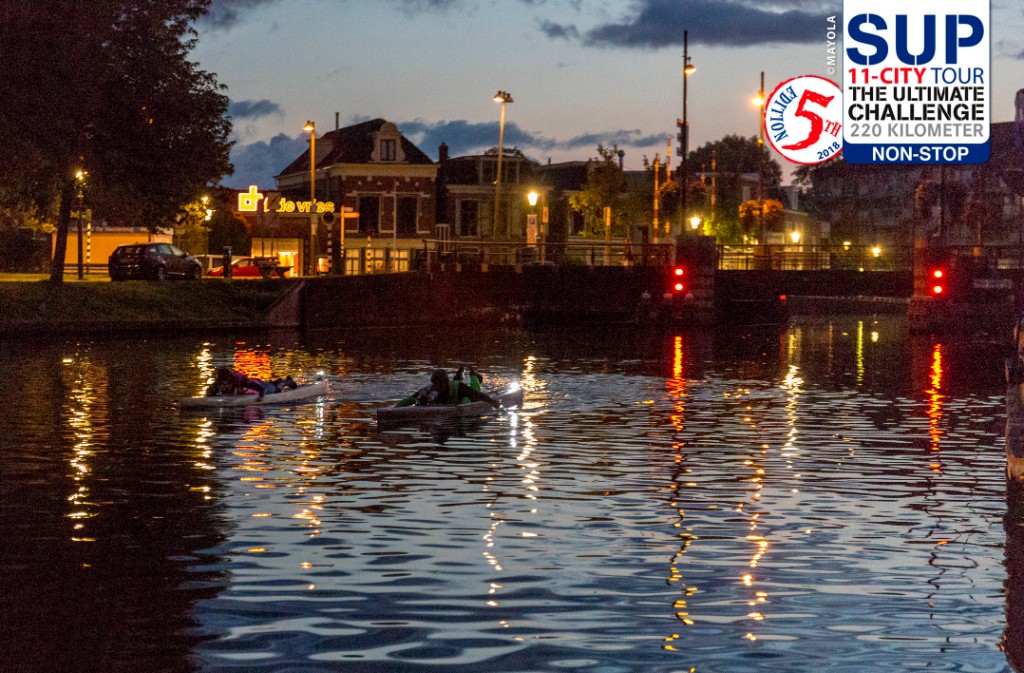 The event is one that takes great strength of mind, a paddler needs to just keep going without stopping km after km. Every athlete that set out to complete the NON-stop is a hero in our eyes. Unfortunately some there were some cases where paddlers needed to stop (for their own reasons, pain or exhaustion) through the day.

31 paddlers started on 1 SUPtember in this extreme long distance event, of those 31 paddlers, 5 were women participating in the solo event, 12 were part of a team and 14 were men. The event may look easy on camera, but the distance is long extremely long, the nights are cold, the body gets tired and it is not always easy to complete what one sets out to do. Of the 31 participants 19 completed the event, and 12 pulled out during the event.

During the night we were very lucky with clear conditions, and cloudless skies but this also meant that the air was crisp and cold. While paddling paddlers were warm, but when needing to stop for a feed or short tea break it was impossible for them to keep warm. Warmth is critical to staying sane in these types of events. Nutrition is another component to completing an event of this nature. A few paddlers got sick while paddling and were unable to eat, but managed to push through drinking only water, soup and some coke to stay hydrated. 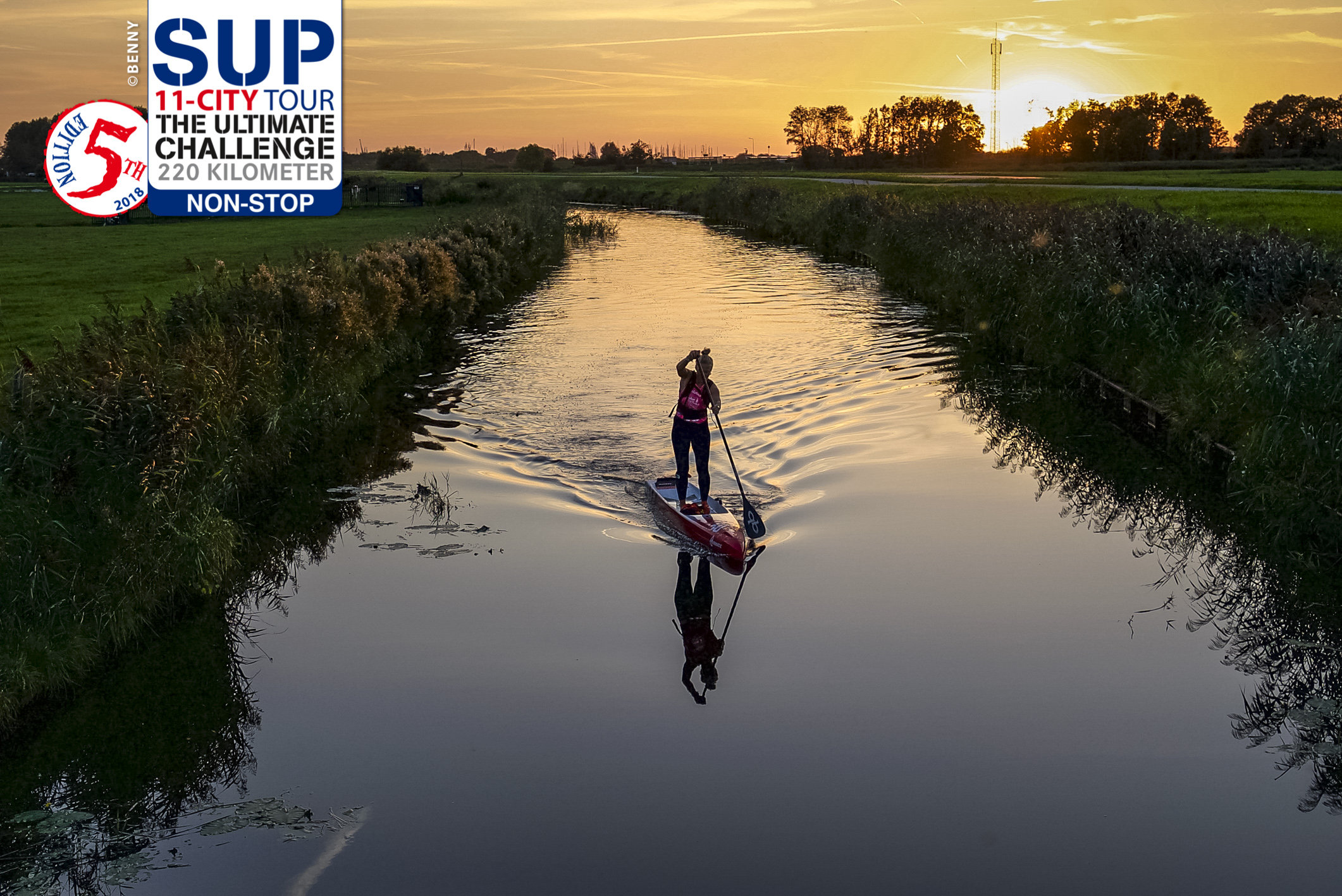 Morning broke with a calm mist, paddlers emerged from the night and paddled into the sunrise (pictured below). The sun rose, and with new energy restored paddlers continued to make it back to Leeuwarden. We had  and exciting lineup with Olivier Darrieumerlou & Niek van der Linde paddling side by side for 80km’s along the route only to have the final 50 metres of the race determine the winner.

Olivier took the inside corner and was able to take a few metres lead over Niek. The strength they showed after over 24 hours of paddling was incredible, with a huge effort put in to the last few metres. 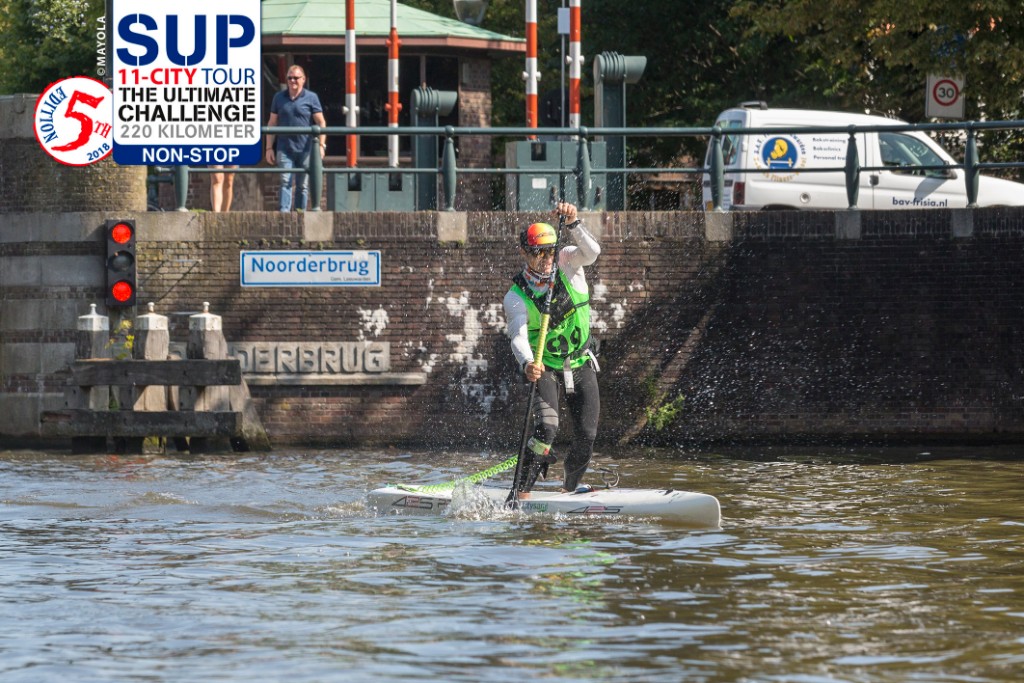 Miquel Roige Ferrer from Spain came in third place after a long day and night of paddling. He had some back spasms and suffered in the cold, but continued and finished in a great time of 27 hours 49 minutes and 50 seconds. 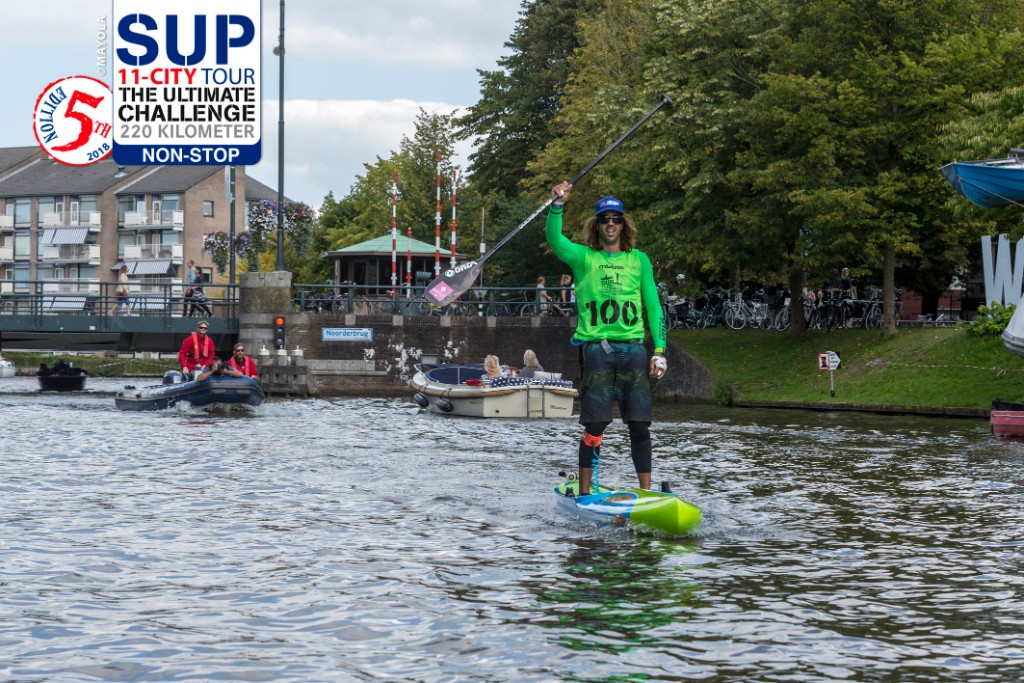 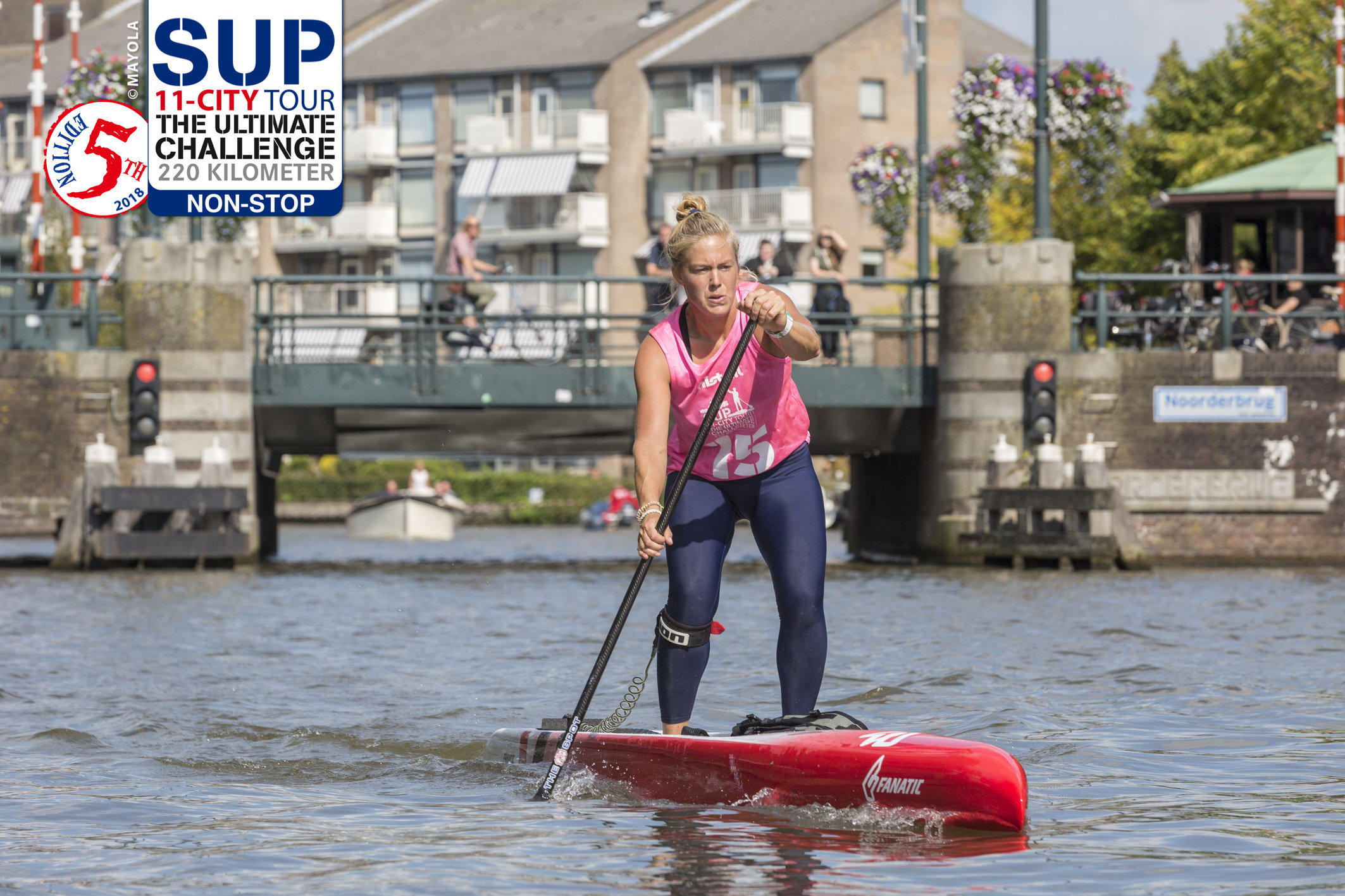 Tatum Prins from South Africa showed great determination throughout the event, she was so determined and focused she missed a turning in the early hours of the morning. She paddled an extra distance and was forced to turn around and keep paddling. She lost some time, but despite this she continued to the finish in great spirits, crossing the finish line in 31 hours 32 minutes 12 seconds while dancing on her board.

Lotte Spaargaren was the first and only prone paddler we have had attempt the NON-stop event. A prone paddler lies on the board and paddles (more like a surfboard), meaning the paddler is always wet and a bit colder than a SUP paddler. Lotte showed great determination and strength of mind as she competed this event km for km. She came in to the finish at night (she set off in the dark and finished in the dark) in a time of 38 hours 39 minutes and 25 seconds. 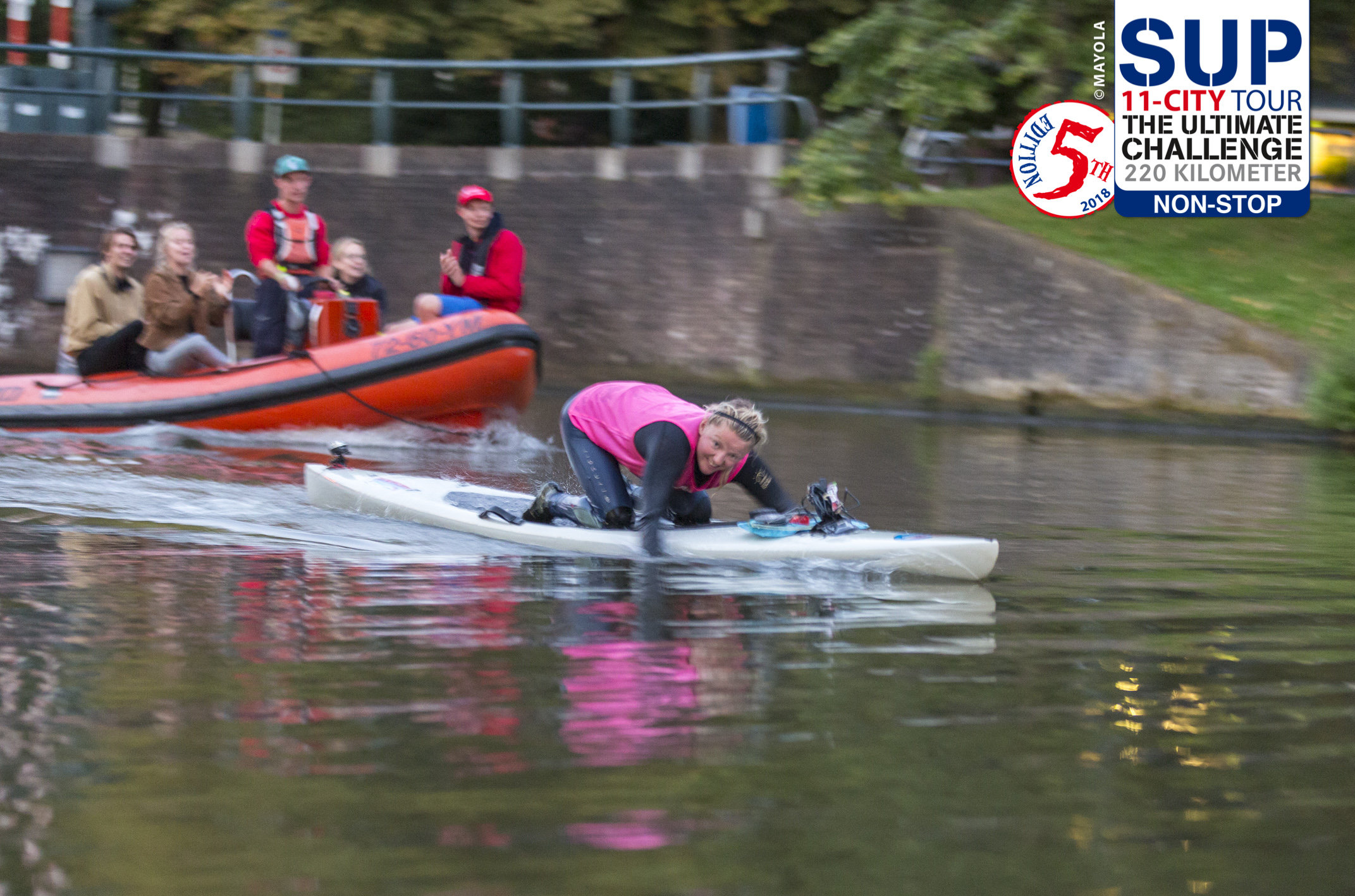