Ritske his ‘SUP11 Hang Over’ write up. 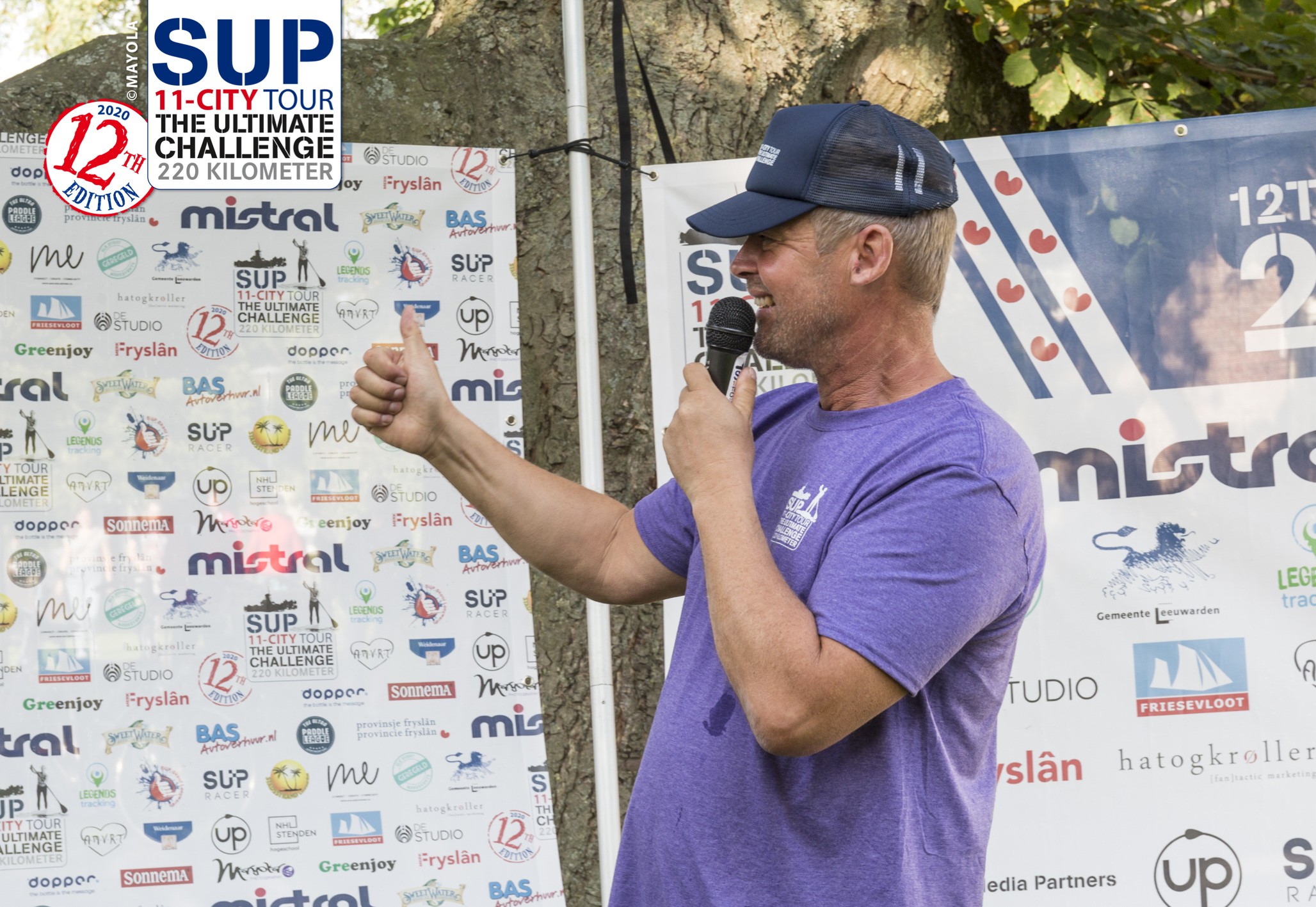 Yes, that time of the month again, a full read! But this is Ritske Merkus his ‘SUP11 Hang over’ write up! Enjoy the chairman his words about this special edition we had.

No time for Hangovers WE DID IT!

In this very special year almost everything was different, but let’s be clear, most things seemed to be an improvement compared to the previous editions. Let’s take a walk through the year from SUPtember ’19 to SUPtember ’20.
Straight after the finish of the 11th edition we started preparing nr. 12, not knowing what’s ahead of us. So registration opens with a maximum of 150 participants, the SUP11 vibe is all over the world. The SUP11X in Thailand was massive succes. People from Canada, Brazil, UK, Japan, USA and many other countries subscribed for the ultimate challenge in 2020, rain, wind and a lot of miles to paddle along the beautiful scenery of the 11 Cities. In February already 70 participants were registered and another 100 were preparing mentally, physically the challenge. Sleeping boats, It Beaken and safety boats were booked, Local Governments were asked for financial support to make it happen. So everything was looking perfect for the 12th edition.

After March 16 the shit hit the fan! Uncertainty all over the place, can I train, will I be able to travel, do I survive financially and so on. Lock downs were declared all over the world and it looked as if the end of the world was coming sooner than expected. After a few months of big uncertainty, slowly there was light at the end of the tunnel. After a few meetings with the board we had 3 scenarios for the SUP 11-City Tour, the option we hoped for but realistically not expected: a regular edition with participants from all over the world, scenario 2 was the European edition with car and camper guests and the last option would be cancelation of the event. When time was slowly passing by we realized it would be very difficult to get it approved.

When the sun started shining, something very special happened, Stand Up Paddling exploded! In July SUP boards were out of stock at the brands all over Europe and most outdoor sports became more popular than ever. The guidelines of July gave us enough hope to ask for permission to execute the 12th edition of the SUP 11-City Tour and so we did. This proces took more time and creativity than the previous years and finally we received 2 weeks before the event the most important notice from the Gemeente Leeuwarden that it was approved. Then the other 5 approvals had to follow, but we did not wait for that and started preparations for SUPtember. Otherwise it would have been impossible to host the athletes, the last permission was granted 3 days before the NON-STOP.
Changes had to made in the set up, Whatsapp skippers meeting, no price giving during the week, breakfast on the sleeping boats, one person per bedroom, volunteers only on mothership It Beaken, no coins but trust, start times close to each other so the finish was in a longer time frame, less participants, less volunteers (but the best!), no bar visits in towns, early sleeping, less safety boats, morning show in stead of an evening show, Chris and Anne-Marie on a distance but live present and no hugging (off camera only ;-)). But what stayed was endless waterways, uncountable bridges, endless reed collars, 400 corners , 25 windmills, unlimited smiles and the unconditional support of all volunteers!

The feeling that remains is the appreciation for the trust we, as organizers, felt from the athletes, sponsors, volunteers and spectators that with our experience even in the current conditions would be able to organize a safe and rememberable event without any trouble. Very special to name is our main sponsor MISTRAL who had a difficult decision to make but stayed loyal to the event, to Ottenhome, the owner of It Beaken, who helped out big time with a discount, to all the athletes who took the risk of being part in a 5 day event in these days and to all our volunteers who sacrifice their holidays to make this event happen.

One thing that was different from the previous year was; the people who were not in Fryslân during the SUP 11-City Tour, weren’t able to make their own choice to not come to Fryslân. They felt pretty sorry for themselves when they saw the social media, it made it even worse, because they felt the vibe created along the route of the tour. I missed Anne-Marie, Chris, Georgia, Daniel and all the intercontinental athletes with their energy. This year loads of people wanted to be here, but were not allowed to travel due to restrictions or quarantine rules. For those people the media team made an extraordinary achievement, high quality morning shows, best re-cap movies ever and what about the pictures…. Do I need to say any more?

There was no time for hangovers, after the SUP 11-City Tour the summer stayed for a week and business as usual started directly after the finish. Preparations for the 13th edition already started and maybe 2021 will be more international with possible SUP11X pilots in Brač, Croatia and Göta Canal, Sweden and the SUP11 Islands in Thailand, Koh Chang. The SUP 11-City Tour 2021 registration will be open on the 15th of October, final dates will be clear by then as well!

By the way, did I mention that there were no contaminations during the SUP11 CityTour 2020? Well, that’s something we can all be proud of and to use the words of the policeman who had to give permission for this event: We know you are no koekebakkers (weirdos) so we trust in your ability to make it work.